Spend over €65 and get free delivery!

Spend over €65 and get free delivery! 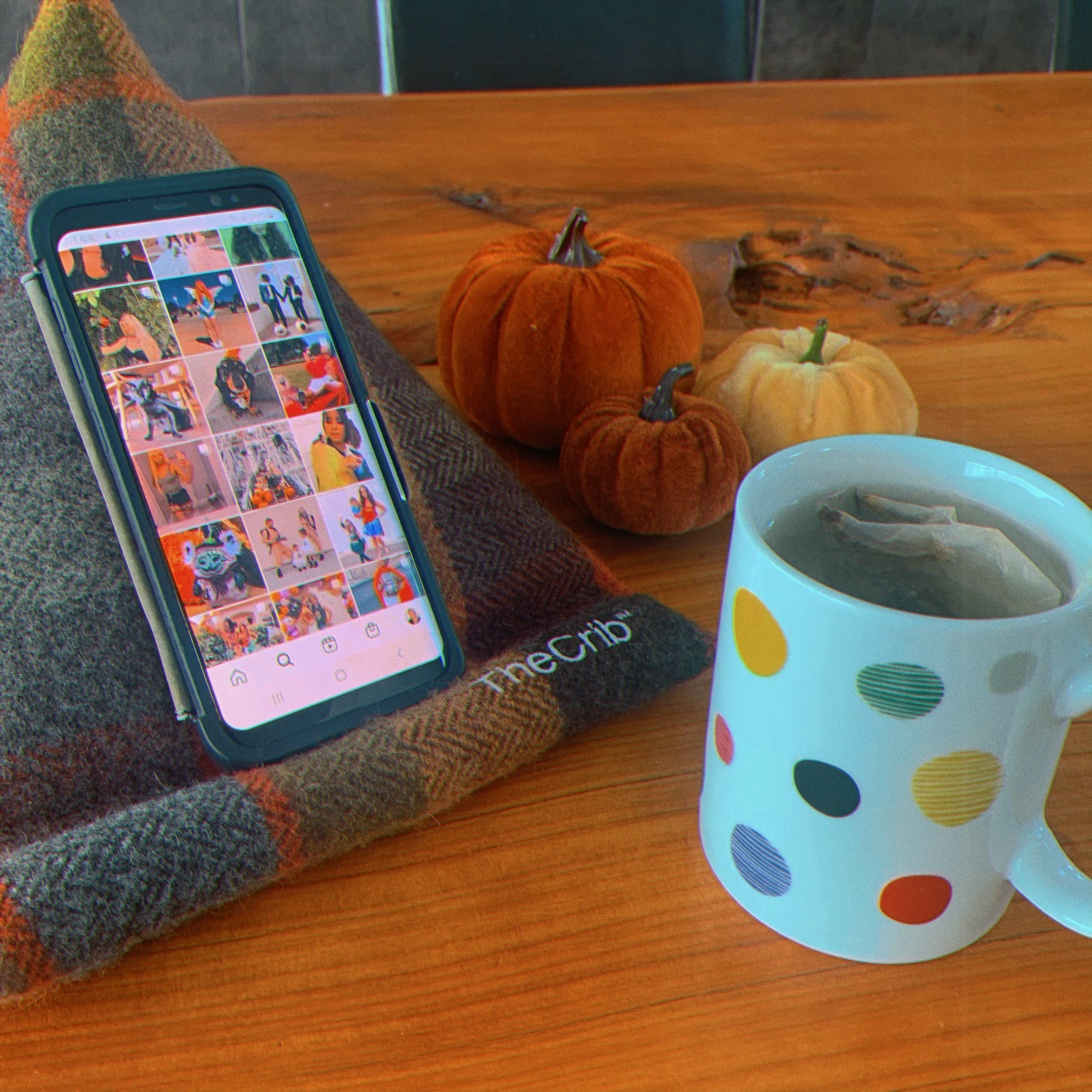 Halloween has just passed and the stress of finding an original, well thought out costume is finally over, at least for the next 11 months. However, if you’re anything like me you will have been sipping your morning coffee and scrolling Instagram (of course on one of TheCribs™) on November 1st eagerly watching your feed waiting to see what everyone dressed up as. There I was scrolling away looking at what my friends and family chose to wear when I realised there were a few choices that kept cropping up again and again. Its no secret that Halloween costumes are often influenced by recent movie or tv show releases, or what is considered fashionable and trendy at the time. Here is a list I’ve gathered of the top 10 Halloween costumes of 2021, and my thoughts on why these choices were so popular this year.

10. Coming in last is any version of the Joker, Harley Quinn or clown makeup in general. This category isn’t really a surprise as I feel despite being well and truly overdone, they seem to be popular choices every year, especially for couples’ costumes. Having said that, this year I did notice a lot more gender bent versions, particularly women doing a female version of the Joker which, in my opinion, is slightly more creative than the original. With the sheer volume of ‘spooky’ or ‘sexy’ clowns seen on Instagram and TikTok this year I could see them sticking around as a popular choice for several Halloweens to come.

9. Next up on my list was any kind of 70’s style costume. 70’s aesthetics and fashion has come back in a big way during 2021 with flared trousers, vibrant floral patterns and platform boots found in basically every mainstream shop. Naturally this would mean a lot of people opted to go for a relatively easy choice and pick a 70’s themed costume. Whether this was an Austin Powers themed outfit like Fembot, a Saturday Night Fever suit or just simply a hippie style flower power chick, there was no doubt that the 70s were back with a bang this Halloween.

8. In 8th place on my list is the generic cowboy and cowgirl costumes. Personally, I would consider this an understandable choice of costume as it is relatively easy to pull off, all you really need is a bandana and a hat and boom you are unmistakably a defender of the wild west. Different animal prints come and go in fashion trends and there is no doubt that 2021 was the year of cow print, which makes finding a cow – themed outfit this year all the more simple. I do appreciate some of the more creative versions of this trend that I came across on Instagram and TikTok, for example Kim Kardashian went as a space cowgirl with a robotic twist on the generic cowgirl uniform. All in all, it was plausible that the cowboy/ cowgirl costume took off this year, and I was indeed a big fan, although that may have something to do with my affection for cows.

7. Coming in at number 7 is any version of the iconic pop princess Britney Spears. This Halloween I saw more versions of Britney than I have ever seen, with people recreating her hit me baby one more time music video look, her world famous VMA performance outfit with the snake or the red latex one piece from Oops I did it again. Britney has featured in headlines a lot throughout 2021 with her fight against the conservatorship she was placed under in 2008. Britney’s fans, friends and other celebrities joined the #freebritney movement in support of her and finally in September this year she gained her freedom. With all this happening so close to Halloween, is its clear to see why so many Britney fans decided to pay tribute to the most iconic looks throughout her career.

6. Next up is Jennifer’s Body. The teen – horror cult classic from 2009 has become wildly popular again after clips and audios from it went viral on TikTok. Because of this it wasn’t a surprise when my feed was full of Jennifer Check and Needy costumes. The most popular look from the movie that I saw recreated this year was Jennifer’s demon prom dress outfit, although a personal favourite outfit from the movie is the pink heart cardigan and the huge heart shaped earrings, which I also saw recreated quite often. Although this particular choice of costume was a little less creative, I can’t help but respect the effort I have seen to recreating the looks and scenes from the movie perfectly, and therefore I appreciate why this was such a popular choice this year.

5. In 5th place is Cruella de Vil and her dalmatians. With the release of the live action Disney movie earlier this year it didn’t really come as a shock when I saw versions of her recreated all-over social media. The costumes in the film were honestly breath-taking and I really enjoyed seeing other people’s versions of the outfits and makeup, some of which were incredibly inventive. I also enjoyed that some people decided to make it a couple’s costume and have a dalmatian alongside Cruella. All in all, I predicted that this would be a popular choice this year, however that didn’t mean I didn’t adore the costumes anyway.

4. The next costume I saw repeatedly this year were pirates. Not just female pirates, but lots of captain hooks, jack sparrows or just your average parrot shouldering, eyepatch wearing, rum-drinker. Pirates are another relatively simple but effective costume that we see pretty much every Halloween, however with the resurgence of corsets and bohemian, frilly dresses this year, there’s no surprise that this was a go to option for so many people.

3. breaking into the top 3 positions of the list is any form of fairy costume. My feed has been inundated with fairies of all sorts, be it forest fairies, elves or most commonly versions of the fairies from the Winx club tv show. Winx started out as an animated children’s cartoon in the early 2000s, however earlier this year Netflix released a live action version that left many original fans with a sour taste. The costumes, casting and styling had absolutely no resemblance to the beautiful and aesthetically pleasing original show, even the colours were completely wrong. This pushed many people into releasing how they would have styled the live action show, and quickly became a viral trend on TikTok and Instagram. With all of this having happened in the past year, it makes sense that people would use Halloween as an opportunity to show the creators of the show how they really should have done it.

2. The penultimate position goes to costumes from the Netflix TV show that is all the rage at the moment. If you haven’t guessed by now, I can only assume you are living under a rock as who hasn’t at least heard of Squid Game. Squid game is a South Korean show released in September and quickly became Netflix’s most watched show of all time. Because of this, it was no surprise that various costumes from the show were very popular come Halloween. I saw several of the red track suited, mask wearing soldiers in the streets of Dublin and my feed was full of the doll from the first episode. Although the nature of the show being so gritty and its release being so close to Halloween made it quite an obvious choice, I really enjoyed seeing people’s take on the costumes from the show.

1. First place goes to a surprising contender, the various characters from the Scooby Doo gang. These costumes cropped up again and again this year. Although the gang is a popular choice every year for friend groups, trios or even duos, this year I couldn’t help but notice just how many people had chosen one of the members. Other than the costumes being quite simple to recreate, I have no real explanation as to why this particular gang was so ultra-popular this year. Having said that, I am not complaining as I thoroughly enjoyed seeing all the different versions, especially the ones with the full crew including Scooby himself and even Scrappy-Doo or one of the various ghouls they unmask. Overall, I appreciated any costume that was done with a lot of effort and creativity this year, even if they were done by every second friend group!